Whether Greece will default on its debt obligations and what the consequences of that might be has been headline news following elections on 6th May and the seismic shift in the political landscape. The threat of the electorate voting anti-austerity and the uncertainty around government formation still feeds the Greek news and international press with daily predictions and estimations of what a default might look like and what it would mean for stability in the eurozone. Mysteriously missing from the current frenzy (the latest and acutest media panic since autumn 2009) is reference to the recent default in spring 2012. Greece underwent its 5th default in modern history after the second bailout package was agreed in which the private sector contributed to a debt write-down, and default was registered and announced by the ratings agencies. The policies imposed by the previous governing elite and the subsequent unelected prime minister led straight to Greece’s default.

A government with no democratic legitimacy imposed by the creditors to carry through their demands finalised the second bailout package with the troika in February 12th 2012. This package concluded that on condition of extending austerity measures an international loan 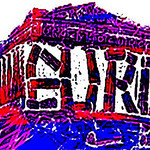 agreement had to be signed to receive the second round of bailout out money worth 130 billion euros. A 50% debt cancellation was framed as part of this agreement. On the 21st of February the Ministry of Finance[1] launched its offer exchanging 206bln of outstanding bonds held by the private sector to new bonds with a 50% haircut conditional on lucrative terms. These included: upfront cash payments, new bonds issued under English law, monitoring of all Greek ministries by an international task force and establishing an escrow account to prioritise debt repayments. On the 9th of March the ISDA (International Swaps and Derivatives Association)[2] announced that the bond exchange constitutes a credit event as the Greek government made use of ‘collective action clauses’ to force a higher participation rate. As a result all three rating agencies downgraded Greece to default status[3]. Greece defaulted and yet the government and its media mouthpieces kept unusually quite and presented it as a purely technical affair and signalled the bond exchange as a massive success that would lead to a debt reduction of 120% of GDP by 2020.

This couldn’t be further from the truth. Greece agreed to ‘cancel’ 100 billion euros worth of debt on the condition that it further indebts itself with 130 billion; the interest burden alone will remain at over 6% of GDP till 2015 with the debt stock remaining at unsustainable levels[4]. The total failure of the PSI is apparent as the newly exchanged bonds were instantly trading significantly below par, meaning that another debt default was expected as soon as the first one was concluded. The socio-economic collapse that Greece has been facing these past two years made a sharp turn for the worst with the finalisation of the PSI agreement and the second bailout package. Debt reduction as administered by the creditors means nothing less than rapid deterioration of living conditions, immediate abolition of labour and social rights, loss of national sovereignty and numerous violations of the constitution. It has brought a reduction in minimum wage to 26 euros a day, abolition of collective bargaining procedures, 150 000 planned redundancies from the public sector, and privatisations of all publicly owned assets. Such policies resulted in a loss of over 6% of GDP in the first quarter of 2012 and an equivalent amount of output loss for 2011. Unemployment jumped to over 23% and to over 50% for women and young people. 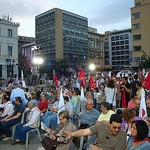 capital by 18 billion euros[5]. The two banks in which the government is a majority stakeholder have not been included in the bank bailout and the government has refused to publicise details of why they have not received funds from the HFSF and what their future will be. Both the leader of the Syriza, A. Tsipras and a Syriza MP P. Lafazanis voiced their concerns with the Minister of Finance regarding the opaque nature of the agreement and the lack of publically available information regarding the terms and conditions. Despite the inappropriateness of deciding such major legislation days before the elections this discussion was lost in the political turmoil that ensued.

The participation in the PSI was finalised at 96.9%, where those excluded were the segment of bonds originally covered by foreign law, meaning the government could not enforce collective action clauses to force their participation. Hedge funds have scrambled to buy up these bonds at depressed prices, pursuing vulture strategies to profit from Greece’s debt[6]. Amidst socio-economic deconstruction and political instability Greece decided to pay out 450 million euros for bonds expiring on May 15th and thus avoided the British courts. This sets the precedent for another 6.4 billion worth of outstanding bonds, as investors holding out are expecting their bonds be repaid in full. No one has mentioned where exactly this money will come from bearing in mind the troika awaits 13billion worth of cuts and revenue raising measures to be approved by parliament in June. Having been robbed once through the creditor led default the public will be expected to pay once more for the full redemption of bond hold outs.

When the PSI arrangement was finalised and the new bonds were issued under English law it was certain that the consequences of this were to the detriment of the debtor, as Greece would be forced to challenge any future renegotiation in UK courts, known for being favourable towards creditors. Therefore it has put itself in a much more precarious position reinforcing its loss of sovereignty. Regardless of whether Greece stays in or out of the euro any future attempts to negotiate the bonds will be in foreign courts. Meanwhile the ownership structure of the Greek public debt has changed significantly with ¾ of public debt now held by the official sector. Future debt negotiations will likely involve another ‘closed door’ creditor’s club, most likely the Paris Club. Resisting repayment of privately and publically held public debt is simultaneously a struggle against the Eurozone and the EU which are transformed into a collective creditor scandalously guaranteeing to protect itself as much as possible.

What is being witnessed in Greece is a full blown example of being trapped in the debtor’s prison of current sovereign debt resolution mechanisms, where creditors are both judge and jury[7]. Greece creditor led default exemplifies the opaque, badly managed and autocratic negotiations which push undue punishment on the debtor population. Rather than provide a legitimate forum for sovereign debt negotiations, they occurred behind closed 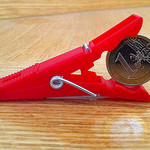 doors in Brussels, mediated by banker’s interest groups in which the Greek government had a purely cosmetic role. Rather than prioritise social responsibilities (a legal obligation of the state), the country is held to ransom with blackmail of default (meaning debtor led default). Instead the government prioritises repaying debts which are illegitimate, odious and often illegal. It is possible to resist paying debts of this kind. The government should pursue a full independent audit of the Greek debt and proceed to cancel all parts which are odious and illegitimate, or those deemed simply unsustainable[8]. In the meantime, the government should put a full moratorium of debt repayments until all satisfactory living conditions are guaranteed.

In essence, this will probably lead to what the previously ruling parties and the creditors have feared when they call a default. In this light, default turns out to be a sovereign acting against its creditors’ demands to protect its inhabitants. With the funds being freed from debt repayments, it could prioritise its spending and use available funds to direct to the national economy, to reinstate social services, raise wages, pensions and unemployment benefits.

Rather than be blinded with further scaremongering about why Greece should keep inline with its creditor’s demands, lets bring to our attention some present facts about Greece’s economic situation, which for most inhabitants remains a nightmare without end. On May 14th whilst national and international media were focused on Greece’s lack of governance and ramification for euro membership, collective bargaining contracts affecting 2 million workers (roughly half the workforce) expired and were terminated as outlined in the 2nd bailout package in February. This means working people will be forced to accept much harsher working conditions, several benefit cuts, and one to one contracts with the employer.

Greece has already seen the consequences of what creditor led default means; and there seems to be little legitimate basis for scaremongering that debtor led default will be worse for the population. The conditions in Greece are set to rapidly and continually deteriorate and the only end in sight is a complete u-turn. One possibility for this is on June 17th, the date of the next election.