On Tuesday, March 20th, 2012 Greek Parliament voted 213 to 79 in favor of incorporating the new loan agreement, a purely neo-colonial document, into Greek law. As long as this agreement is valid, Greece turns to a pariah state. When Greece defaults for the second time, terms and conditions described by this document will come into force, increasing the country’s submission.

A characteristic of the unequal relationship forged by the loan agreement is that our creditors can claim their money back, in its entirety, at any moment.

“ EFSF may, by written notice to the Beneficiary Member 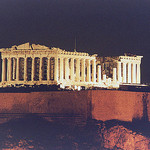 State, cancel the Facility and/or declare the aggregate principal amount of all Financial Assistance Amounts made and outstanding hereunder to be immediately due and payable, together with accrued interest, if:

the Beneficiary Member State or the Bank of Greece shall fail to pay any amount of principal or interest in relation to any Financial Assistance or any other amounts due under this Agreement on its due date, whether in whole or in part, in the manner and currency as agreed in this Agreement”

Repayment of the new loan is granted absolute priority. Greece agrees “not to grant to any other creditor or holder of its sovereign debt any priority over EFSF”.

This means that Greece will never return to the markets. Since it is obvious to every investor that the official sector has absolute seniority, they will never lend their money to Greece, knowing that they will be the last to get repaid and the first to lose out.

The official Greek default of March 9th, a non-voluntary event involving the activation of Collective Action Clauses, caused exactly what used to be held out as a threat, whenever the left and the movements called for unilateral payment halt: Risk averse markets shunning Greece.

Russia’s 1998 default and Argentina’s 2002 default may well prove quicker ways back to the markets than the Greek approach of letting creditors ensure public debt sustainability.

Firstly, the fact that individual bondholders were not compensated for their losses blocks internal lending. Secondly, official sector (EU member states, ECT, IMF) seniority blocks the way to the markets. This is unprecedented for a developed country and it turns Greece into a eurozone/Fourth Reich colony. A new “state bankruptcy law” is emerging, as tool of the modern day totalitarian capitalism, downgrading sovereign states to second class states.

Also, dramatic consequences will result from the fact that the new Greek bonds, valued at 46,5% of the nominal value of the previous bonds, will not be under Greek law. “This Agreement and any non-contractual obligations arising out of 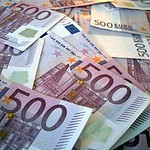 or in connection with it shall be governed by and shall be construed in accordance with English law. (2) The Parties undertake to submit any dispute which may arise relating to the legality, validity, interpretation or performance of this Agreement to the exclusive jurisdiction of the courts of the Grand Duchy of Luxemburg."

This will complicate any future attempt of the Greek state to change the terms of the bonds without full prior consent of the creditors. This is a suicidal term, preventing the government from using the legal tools that even the creditor friendly Papademos government activated in order to turn an insufficient voluntary participation to the bond swap into a coercive one.

The guarantee offered to creditors is in fact a contract hedging currency risk. “All payments to be made by the Beneficiary Member State shall be paid in euro” means Greek bonds are insulated from any future currency change in Greece, irrespective of whether change results from popular struggle or from a Berlin decision. Important legal struggles will ensue, contrary to what could happen with household or small business loans, which could be redenominated into the new currency with a simple government decision, so as to avoid the consequences of overvalued loans.

The aforementioned negative changes do not take away the rights of a sovereign state on its bonds but they make exercising those rights more difficult.

What drives Greece into a corner is the term forcing the Greek government to waive sovereign immunity, thus allowing creditors to confiscate state assets.

“The Beneficiary Member State and the Bank of Greece hereby irrevocably and unconditionally waive all immunity to which each of them is or may become entitled, in respect of itself or its assets, from legal proceedings in relation to this Agreement, including, without limitation, immunity from suit, judgment or other order, from attachment, arrest or injunction prior to judgment, and from execution and enforcement against its assets to the extent not prohibited by mandatory law.”

Based on this article, creditors can easily confiscate state assets, if not inside Greece, where decisions must still be based on national law, then easily abroad, wherever there are Greek assets- for example in the vaults of the British Central Bank or the Fed, where the Greek Central Bank stores most of its gold.

Leonidas Vatikiotis, PhD, is a Greek economist. A longer version of this article was first published by Prin weekly on March 24th.