Hungary on the brink of default. A new stage of Europe’s financial crisis?

Hungary is the latest in Europe nation to be facing a debt crisis, as the forint fell as much as 2.1 percent against the euro on Friday, following admissions from the nation’s government on the state of its economy.

The spokesman for Prime Minister Viktor Orban declined to comment on the official’s remarks. Spokesman Peter Szijjarto said the new government was committed to prevent a Greece-like crisis, but claimed Hungary was in a severe situation.

"The government is ready to avert the Greek road," he said, but warned that the budget deficit could be deeper than previously assumed and that the Hungarian economy would need to be reformed.

"There is nobody in the country apart from the previous government who still says the budget deficit of 3.8% of gross domestic product can be reached," said Mr. Szijjarto. He was referring to the budget-deficit agreed previously with the International Monetary Fund, which is supporting Hungary with stand-by loan agreements. 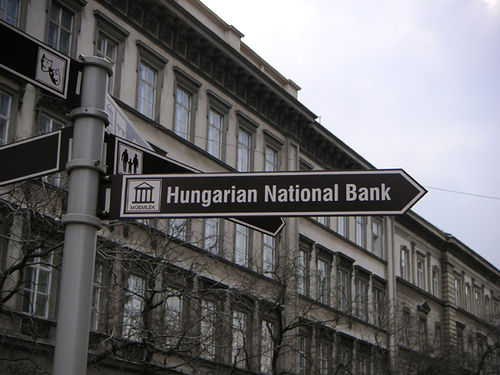 "It’s clear that the economy is in a very grave situation," Szijjarto said. "We need a clean slate to formulate our economic action plan, and the fact-finding committee will provide just that."

He added that a fact-finding panel will disclose the state of the Hungary economy this weekend, and that the government will publish an action plan to move forward within 72 hours after the committee discloses its findings.

In 2008, Hungary needed a 20 billion-euro ($24 billion) bailout to stave off default. Once Orban took office, he vowed to reverse the nation economy and cut taxes, but was forced to admit failure to get a European Union approval for looser fiscal policy.

Lajos Kosa, a deputy chairman of Orban’s Fidesz party, announced that the country had a "very slim" chance to avoid a Greek-like debt crisis, and according to Szijjarto "it’s no exaggeration" to mention the country as a default candidate.

The spokesman added that the country’s government will not give up plans to lower its taxes, even as its budget deficit in near 7 percent of the gross domestic product.