In an interim report presented on March 6th. 2013 at the current twenty-second session of the UN Human Rights Council, Independent Expert on foreign debt Mr Cephas Lumina said that it is estimated that, on average, developing countries lost between US$783 billion and US$1,138 billion in illicit financial outflows in 2010.

The expert added that these flows have increased in real terms to 8.6 per cent over the period 2001-2010, suggesting that existing measures to tackle the problem have not had a significant impact.

"It is notable that this rate of growth of illicit flows exceeded the average rate of economic growth (6.3 per cent per annum) of developing countries for the same period."

According to the Independent Expert’s interim report, the magnitude and growth of illicit funds generated by crime, 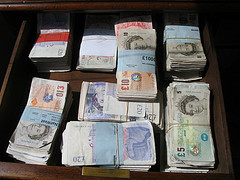 corruption, embezzlement and tax evasion, as well as their socioeconomic implications, underscore the need for robust policy responses that will not only curtail these flows but also ensure that countries of origin are able to use the maximum available resources for the realisation of economic, social and cultural rights in accordance with the obligations assumed under the relevant international human rights instruments.

Mr Lumina explained that financial flows may be illicit for two distinct although overlapping reasons.

First, they may relate to proceeds of crime, such as corruption, embezzlement, drug trafficking or illegal arms trade. The proceeds are subsequently laundered often through offshore deposits in secrecy jurisdictions and shell companies designed to hide illicit financial flows.

Second, although most illicit financial flows derive initially from legitimate economic activities, the transfer abroad of such funds in contravention of relevant laws (such as non-payment of applicable corporate taxes or breach of exchange control regulations) makes them illicit.

He noted that commonly used methods to evade taxation include trade mis-invoicing and transfer mis-pricing.

According to the report, the Organisation for Economic Co-operation and Development (OECD) estimates that a significant percentage of all international trade is intergroup trade occurring between related companies, thus providing multinational corporations with opportunities to shift profits within companies in its own group to make sure that the accounts show high profits in low-tax jurisdictions.

"While tax evasion, breaking national tax laws, is illegal, many tax avoidance schemes comply with existing laws and regulations," says the report, adding that such tax evasion schemes are a concern to all countries struggling with tight budgets and cuts in essential services.

However, owing inter alia to their resource constraints and heavy external debt burdens, developing countries tend to be the most severely affected by financial outflows related to such schemes.

"It is notable that most illicit financial flows are facilitated by tax havens, secrecy jurisdiction, shell companies that cannot be traced back to their owners, anonymous trust accounts, bogus charitable foundations, money-laundering techniques and questionable trade practices."

While in the past persons hid their involvement with funds derived from bribery, embezzlement of public funds, tax evasion or other forms of corruption through anonymous bank accounts or accounts in fictitious names, this option is becoming increasingly less available. The preferred method is the use of a corporate vehicle - this term is used to refer to companies or corporations, foundations and trusts.

A study by the Stolen Asset Recovery (StAR) Initiative, a joint initiative of the World Bank and the United Nations Office on Drugs and Crime (UNODC), showed that trust and company service providers, including those in OECD countries, often fail to exercise sufficient due diligence when approached to create or provide administrative services for such corporate vehicles to comply with the recommendations by the Financial Action Task Force (FATF).

According to the report, there is also evidence that, by failing to exercise due diligence, banks play a key role in facilitating illicit financial flows. A series of high profile court cases in the United States and elsewhere have shown that international banks have frequently been negligent or complicit in the laundering of corruption proceeds or tax evasion.

On 11 December 2012, for example, the bank HSBC entered into a deferred prosecution agreement in terms of which it agreed to pay penalties of a little more than US$1.9 billion for systemic and willful violations of United States anti-money-laundering and foreign sanctions laws.

[Specialist financial blogs, like Naked Capitalism, have repeatedly drawn attention to the fact that such criminal activities of banks and financial institutions have been merely slapped with such financial penalties, in effect paid by shareholders, while perpetrators, the corporations or its executives, have been spared criminal prosecutions. From TBTF (‘too-big-to-fail’), banks have become ‘too-big-to-jail’ (TBTJ). - SUNS]

In the United Kingdom, the report notes, a 2011 report by the Financial Services Authority based on a survey of the screening practices of British banks for politically 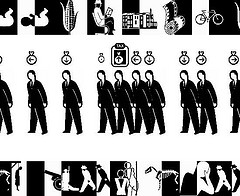 exposed persons found that three quarters of the banks surveyed did not properly establish the legitimacy of the funds deposited by such persons; over half failed to apply enhanced due diligence to high-risk politically exposed persons; and over a third "appeared willing to accept very high levels of money-laundering risk" from such clients.

The scarcity of data combined with lack of transparency on the part of banks and other financial intermediaries involved in illicit financial transactions renders it difficult to calculate illicit financial flows with a degree of certainty.

However, a number of studies have provided useful estimates. A recent study by Global Financial Integrity (GFI) concludes that, depending on the method employed, in 2010, developing countries lost between US$783 billion and US$1,138 billion in illicit financial outflows.

The Independent Expert said that he is concerned that, of the considerable amount of illicit funds referred to above, only a small proportion has been repatriated to the countries of origin.

According to the StAR Initiative, only US$5 billion in stolen assets have been repatriated over the past 15 years.

A recent survey of 30 OECD member countries showed that only six of these had frozen assets worth slightly over US$1.2 billion during the years 2006 to 2009, and they had managed to return only assets worth US$227 million to foreign jurisdictions during these four years.

The Office of the High Commissioner for Human Rights (OHCHR) has estimated that only around 2 per cent of the estimated funds of illicit origin annually leaving the developing world are repatriated to their countries of origin.

Similarly, a study analysing the fate of assets stolen, embezzled or otherwise unlawfully obtained by 25 prominent political leaders after they were forced from office shows that the overall sum of stolen assets by these rulers and their family members was approximately US$140 billion. However, only a small fraction (5 per cent) of these assets have ever been traced and frozen abroad, and even a smaller fraction (2.4 per cent) had been returned to new, legitimate successor Governments.

According to the report, studies indicate that most illicit financial outflows are from developing countries.

According to GFI estimates, 61.2 per cent of all illicit financial flows from developing countries come from Asia, mostly due to massive outflows from China and India, the largest developing economies in the region.

Latin America and the Caribbean follow at 15.6 per cent, with the Middle East and North Africa at 9.9 per cent. Developing Europe follows with 7 per cent of illicit flows, while Africa accounts for 6.3 per cent of all illicit outflows.

Given that LDCs account for less than 2 per cent of world gross domestic product (GDP) and only about 1 per cent of global trade in goods, illicit financial flows from these countries are in relative terms, compared to their small economies, very large.

The United Nations Development Programme has estimated that illicit flows from LDCs amounted, on average, to 4.8 per cent of their GDP over the period 1990-2008. This means, that for every dollar received in ODA, on average, 60 cents exit these countries in illicit flows.

The total amount of estimated illicit financial flows for 39 LDCs for which sufficient data was available, amounted

to US$246 billion, surpassing debt service payments of US$164 billion and thus constituting the principal contributing factor to the net resource transfer from these countries to the rest of the world, estimated at US$197 billion (all data for the period 1990-2008).

"There is a lack of comprehensive information pertaining to where illicit funds are held. While in some cases significant funds may be returned by corrupt or criminal actors and invested in private assets, such as land and luxury estates in the countries of origin, most funds remain offshore," says the report.

It finds that usually illicit financial flows "are laundered through a complex web of corporate vehicles based in secrecy jurisdictions and tax havens and are subsequently invested in shares, real estate or other assets, often together with wealth acquired through legitimate means."

Assets held offshore (that is, in jurisdictions where the investor has no legal residence or tax domicile) were estimated to amount to US$7.4 trillion in 2009. While European investors hold the largest amount of assets offshore - mostly in Switzerland, the United Kingdom, Ireland and Luxembourg - the percentage of wealth held offshore by investors from Latin America, Africa and the Middle East is particularly high.

According to the Boston Consulting Group, investors from Latin America, the Middle East and Africa hold between 23.5 and 33.3 per cent of their wealth in offshore financial centres.

The Independent Expert considered that it is desirable that all measures to tackle illicit financial flows are designed with the need to promote the realisation of human rights of the populations of the countries of origin of illicit funds, particularly the poor who disproportionately suffer the negative effects of the shortage of resources resulting from illicit financial outflows.

Indeed, he added, such an approach would be consistent with the recognition (explicit or implicit) in most anti-corruption conventions of the negative impact of illicit financial flows on development, governance and human rights.

The Independent Expert also stressed that illicit financial flows should not be a human rights concern for States only. While States have the primary duty to respect, protect and fulfil human rights, the Guiding Principles on Business and Human Rights require business enterprises to "avoid causing or contributing to adverse human rights impacts through their own activities, and address such impacts when they occur" (guiding principle 13).