Low wages and unemployment in Europe, 2010

Low wages and unemployment in Europe, 2010.

1) In figure 1 can be seen that low-wage threshold is not homogenous for all Euro area. Bulgaria had the lowest wage, 1 euro per hour; whereas, Denmark got the highest, 16.6. In addition to this, in the figure 1, all the countries were split in 4 equal parts according to the their level of low-wage. Red points represented low wages from 1 Euro to 2.65, in this category were Turkey, Slovakia, Romania, Poland, Lithuania, Latvia, Hungary, and Bulgary. At the top of low-wages thresholds were countries such as Switzerland, Norway, Luxemburg, Ireland, Finland, Denmark, and Belgium. 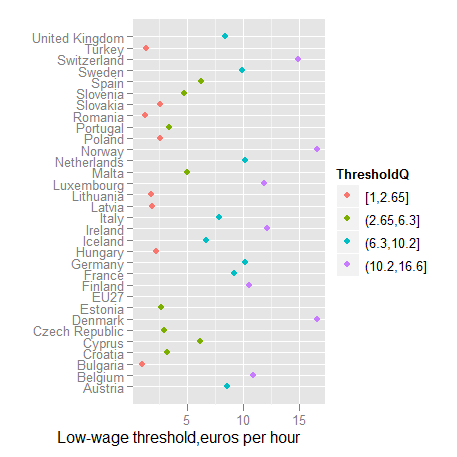 2) In figure 2 is shown the proportiion of low-wages earners by sex. Red-dots for females and green ones for males. It is easy to appreciate that there is large differences between men and women. In half out of total countries, the proportion of employed women that earn a minimum wage is 21.2, where for men is 14 percent. In some particular cases this is even more dramatic like in Austria where 8.2 percent of the employees composed by men earn a minimum wage, but the number is 24.5 if it is a female. 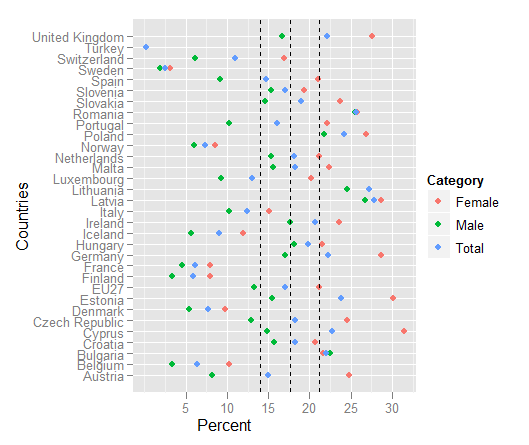 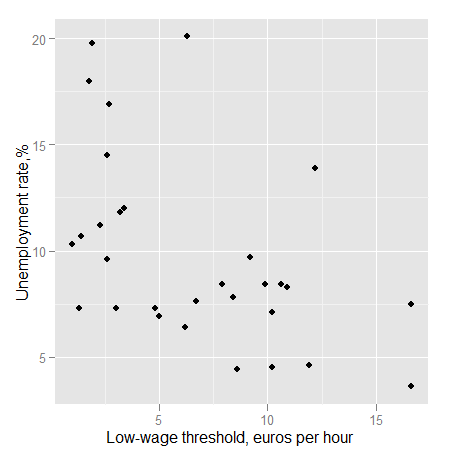